The Bassell Renee is reffering to is here https://www.bis.org/bcbs/basel3.htm

We got our fourth amended complaint filed and this has been what we said all along.https://cloudedtitlesblog.com/2018/10/14/hawaii-supremes-tell-u-s-supremes-to-piss-off-and-other-stuff/

The Taxpayer Charter once read plainly that the tax laws were voluntary. This has since been changed… but the point made on the Community Law Resource Group website is valid – “show me the law that compels payment of tax.”

If there are Two Governmentsand TwoParliaments – could there be Two of You? One a Taxpayer and one that is not?

What if in order to uphold the voluntary payment of tax, yet provide for a method of enforcement in paying tax, a separate entity called the ‘Taxpayer’ was created?

Why would anyone want to act as a Taxpayer IF THEY HAD THE CHOICE not to? – and there’s the answer… the choice is HIDDEN.

What if you had to ask to become a Taxpayer? Would that look like an Application for a Tax File Number (TFN)?

What if the details you provided on the Application for a TFN resembled the details provided when applying for a loan?

What if the ATO treated your application like a tradable security, as banks treat ‘loan agreements’, and sold it into a mutual fund – getting paid up front – then collecting taxes for your working life and forwarding them on to the buyers as a return on their investment?

Tricky Questions for the ATO

Here’s some questions to pose to the ATO:

The Taxpayer And Me 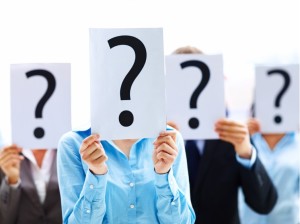 If the Taxpayer turned out to be a separate entity, which would mean it does not have your physical or mental capacity to perform work, then which entity actually earns income? Which entity gets out of bed at 6am to work 40+ hours per week?

Unfortunately your friendly bankster wont create a bank account for you the living being… meaning there’s another identity that’s not you. When your employer pays you – guess which entity really gets paid?

For a detailed study into these multiple identities – see this article.

Having learned that acting as person isn’t such a great idea… is it any wonder that the laws of modern day apply to persons?

In closing, here’s a snippet from the King James Bible printed by Eyre and Spottiswoode for the British and Foreign Bible Society (Printed before 1935):

Romans Chapter 2 Verse 11; For there is no respect of persons with God.

Perhaps the bible in a court room is opportunity to pick it up, read Romans Chapter 2 Verse 11 aloud and then walk out? But it isn’t that simple right?

Over the last seven days, the official trailer for The Great British Mortgage Swindle has been viewed by more than 67,000 people, on Facebook alone; whilst tickets to see the film in cinemas are selling steadily nationwide and the pre-orders for DVD’s have started flying in.

People from all over the world are contacting me, telling me that they can’t wait to see the film that is going to bring down the fraudulent banking industry because it proves that virtually every registered UK mortgage is illegal and void.

Members of the legal professions who are sick to the back teeth of the entirely fraudulent conveyancing industry are getting in touch to say that they are taking on representative actions against every UK bank, with the intention of initiating a mass cancellation of illegal mortgages by the Land Registry – the very thing proposed at the end of the film.

Right across the land, the film’s poster is going up in HMV stores to publicize the DVD release on 26/11, the day it becomes available to buy or rent on every major digital platform.

People I am honoured to stand with, shoulder to shoulder, in the inevitable battle of the People v the Banks, have expressed, both publicly and privately, that if they didn’t think we had a cat in hell’s chance of pulling this off until they saw it with their own eyes, in which case our complacent adversaries definitely didn’t see it coming.

Now its well past too late to stop the TGBMS juggernaut from shattering the glass illusions upon which the banksters have built their empire of ill-gotten gains, at the expense of many millions of ordinary, hard-working people.

This rigged system of control, oppression and manipulation isn’t just going to end within our lifetimes – its going to end because of what we do with the information presented in the film, which lays out in words nobody can fail to understand:

1. The banks pretend to lend money they don’t have.

2. Mortgagors are illegally advised to sign mortgage deeds to properties they don’t own.

4. The courts, the bailiffs and the police violently enforce mortgage contracts which don’t exist and the selective application of the law.

5. Virtually every registered UK mortgage is illegal and every void mortgagor, including those who have been unlawfully evicted, is entitled to compensation for all the losses incurred from the Chief Land Registrar.

6. If the rigged system is broken beyond repair, a Grand Jury must be convened to declare it null and void, on the ground that it has clearly been rigged to protect the banksters from the consequences of their myriad of crimes; as is our ancient Common Law right on these shores, when justice is refused, denied or delayed.

In addition to which I only have one more thing to say – thank you, to each and every one of you, for spreading such fantastic word of mouth about the film, before it has even been released. May it continue to grow exponentially. 🙂

Published on Oct 28, 2018
Nine years in the making, The Great British Mortgage Swindle is an urgently prescient, emotionally compelling and ultimately uplifting film, which lifts the lid on institutionalised mortgage fraud and the brutality of eviction by court order. To book cinema tickets at a discounted rate to see the film in one of 24 UK towns and cities, via A-FP’s innovative Cinema-on-Demand platform, simply click on the Box Office link below and follow the instructions. https://www.a-fp.net/cinema-on-demand…